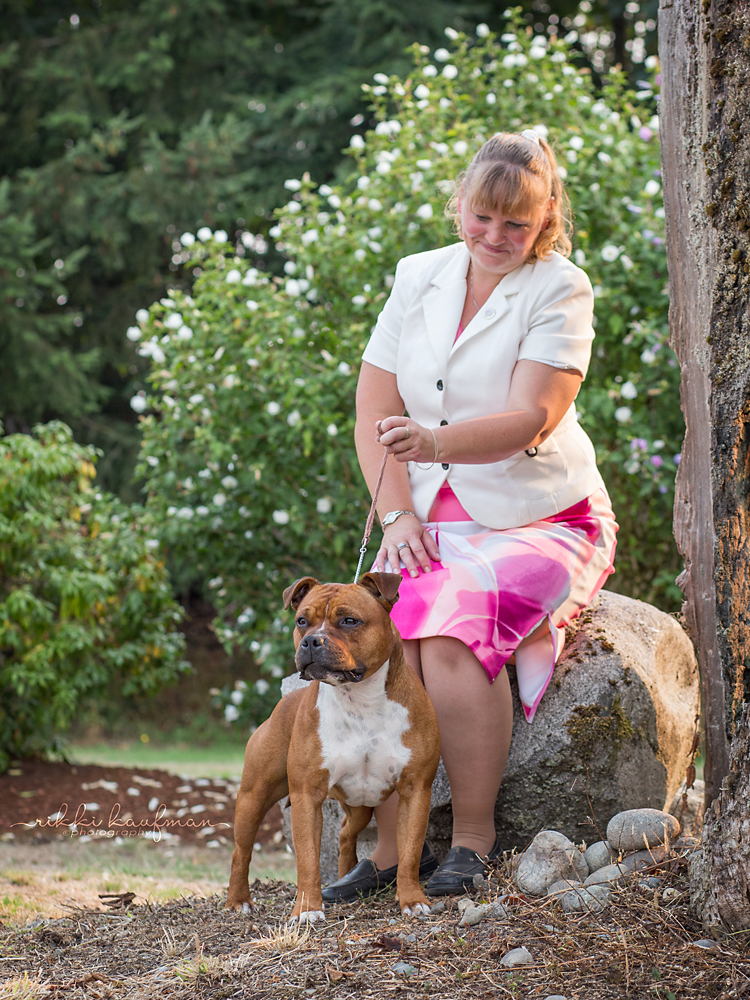 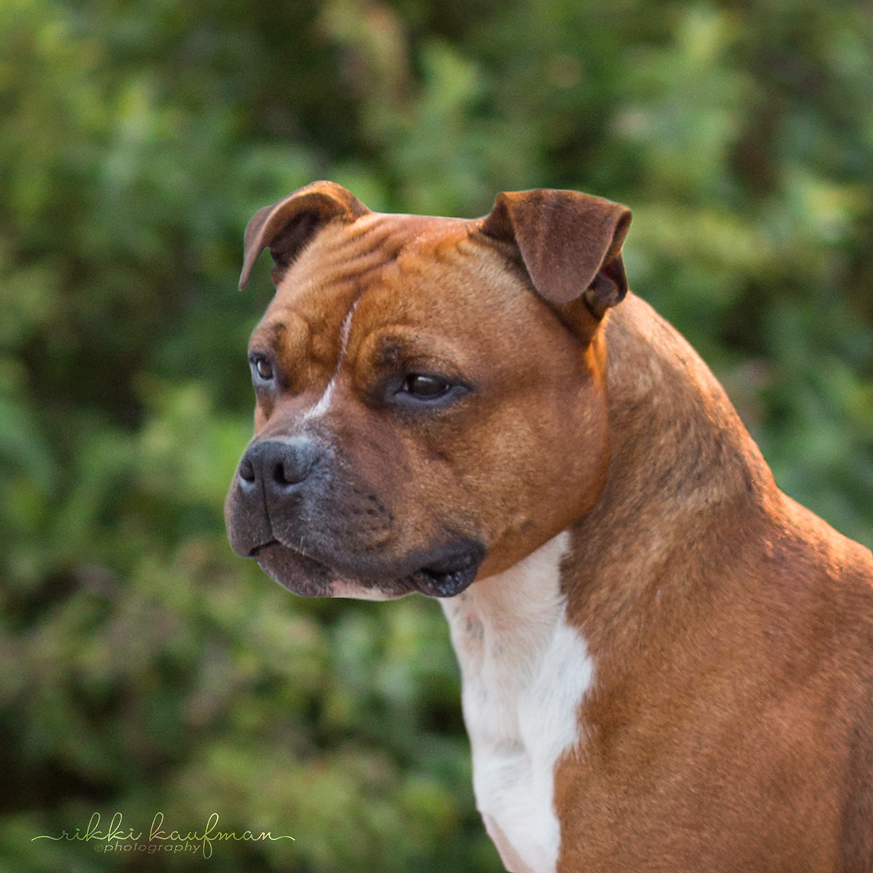 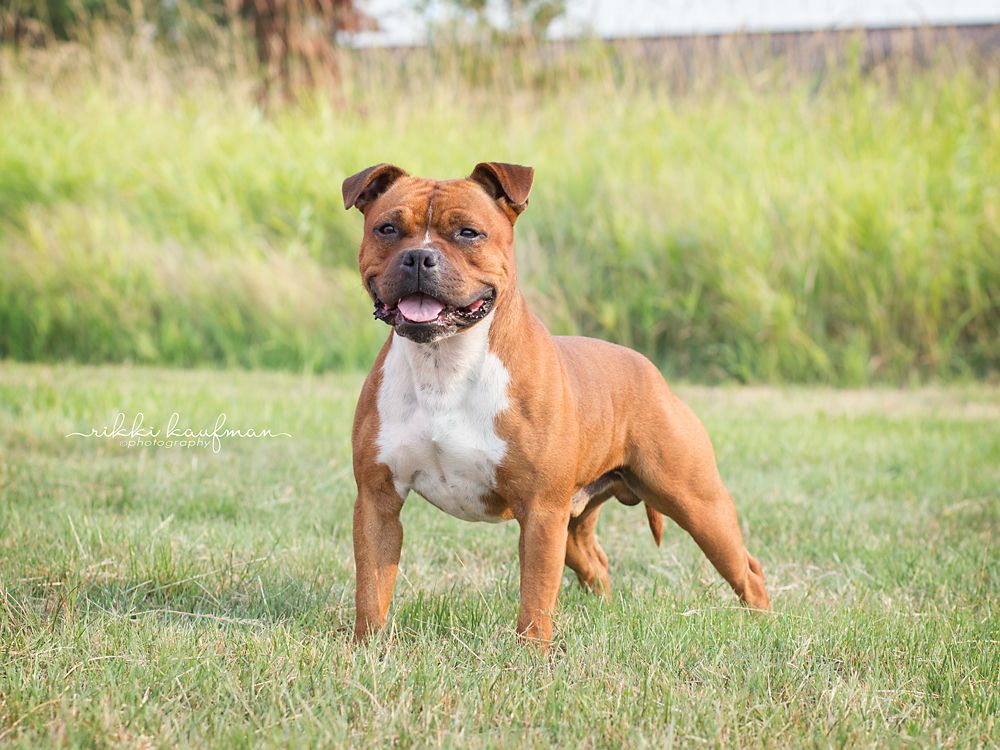 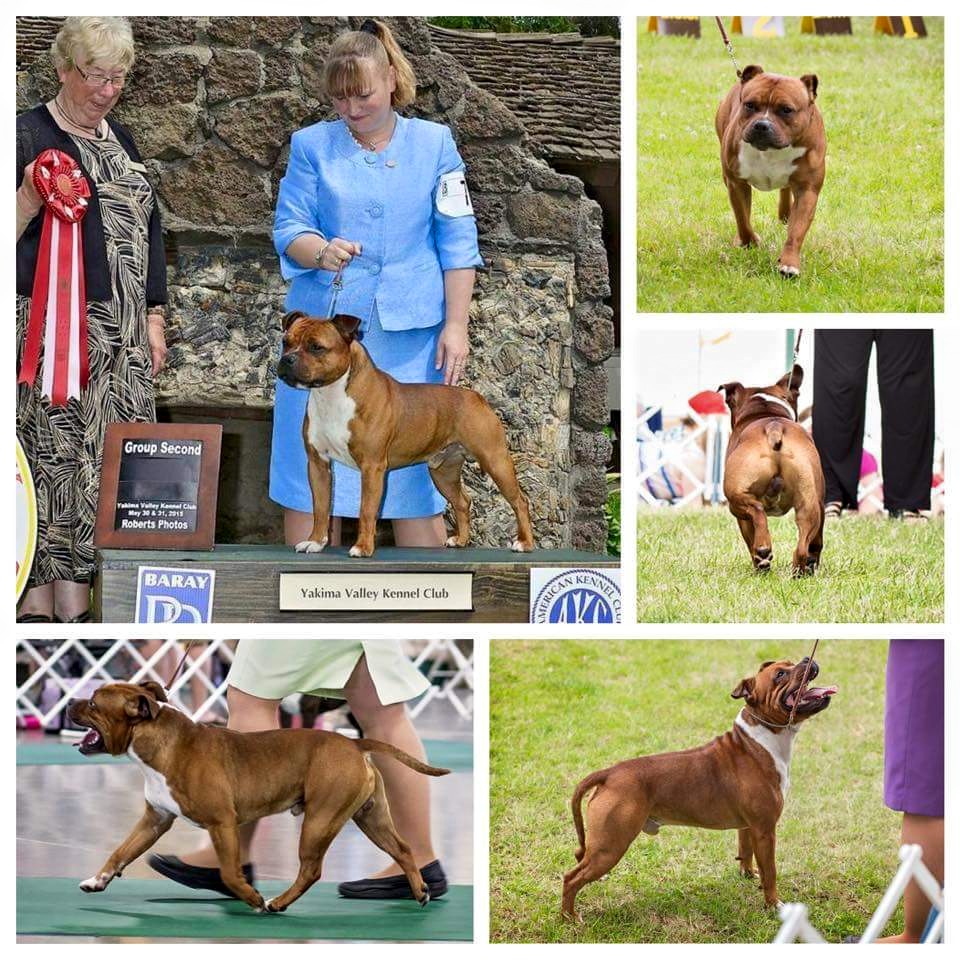 Gunner is the product of a line breeding on Clyde for me through his sire Ch Classy Staffys Starburst aka Fry.  He is 16″ and 40 pounds of solid muscle. No fat on this boy. He is very balanced from head to toe. His outstanding red color is only set off by his brilliant white markings. His head is well shaped with deep stop as well he has dark brown eyes and they are well placed on this magnificent head. He has a strong front with well placed shoulders. He has a level topline on the move as well as when stacked to present. Gunner’s strong straight front is balanced by his beautiful rear. His movement is strong and he seems to float as he moves around the ring. Looking over the top you see his well sprung rib cage. The overall appearance of Gunner shows power with balance. Gunner has continued to be in the Top 5 Best of Breed dogs in the USA 2015,2016,2017,2018 and 2019. Gunner has retired from every weekend competition now and comes to dog shows now and then where he still happily struts around the ring as the man of the life time he knows he is.

Following in his mother Multi BIS, Multi BISS GCh Cornerstone Soliloquy foot prints Gunner has excelled in the show ring. He haas won 6 BIS Specialty Best of Breeds at just 6 years old. He has been show always by Delores Dills who will tell you this guy is full of energy and sparks a fire wherever he goes. Gunner is a presence in both the Breed ring as well as the Group ring being a group winner and multiple group placing dog. Gunner won BOB in his 1st Specialty show 2015 and retired winning BOB under the same breeder judge who awarded him his first what a way to say goodbye. We look forward to the Veterans class in September 2020.

Gunner is at stud to approved bitches.

Watch for Gunner at select shows now with his trademark smile.